Frankie Roberston: Sage of the Clyde

Glasgow resident Frankie Robertson is a man of remarkable individuality. This is book of images chronicles my growing friendship with him and the conversations we have had. We first met in the Barras, Glasgow. Since Frankie told me that as soon as he has some money he'll be gone, we decided that it would be a good idea to make some photographs together before he leaves.

An artist, a poet, but above all a mystic and a Cynic philosopher, when we first met, Frankie corrected me when I described him as a shaman, letting it be known that he preferred to be known as a sage. My photographs attempt to record Frankie’s world of intense colours and deep shadows.

One of the photographs here was taken after Frankie attested that everything is `now', including the future and the past; after bearing witness to the fact that sainthood preceded buddhahood. All I know is that, like the Mona Lisa, Frankie cannot be bought nor sold. 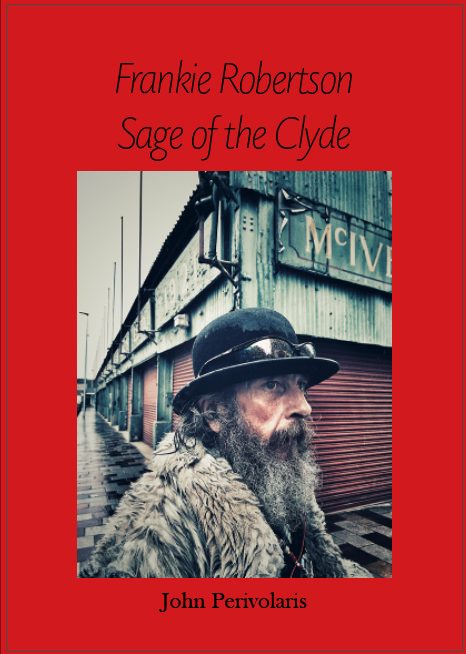